I'd like to share what I'm trying to do with February's Bottleneck Workshop. It's a unique event, and a one-time chance for some smart people and I to explore questions which may well be critical to their work and careers. It's not for everyone. Indeed, it's about learning how to see and think more clearly about how to make a difference in the world. It's about strategy and foresight for worldchanging work.

The decade ahead will not be kind to the status quo—the decades after, even less.

Because an entire industry exists with no other purpose but to delay the recognition of the need for change—falsely bolstering investor confidence and blocking regulation in the process—most people have a difficult time imagining the sheer magnitude of the disruption that’s already unfolding. That’s understandable. It is not, however, helpful if one is trying to think intelligently about the world and how to get things done in it.

“The bottleneck” is my term for the decade ahead. During that decade a host of practices we’ve taken for normal for almost six decades will find themselves blocked by the narrowing of the strategic environment around them. Put another way, a lot of things we’re used to doing will begin to stop working, in the most practical terms. 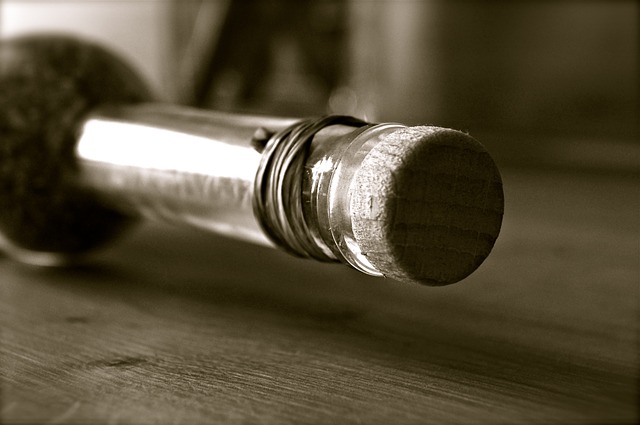 The bottleneck, as I see it, involves the constricting pressure of three main forces (each of which is difficult to think about):

Many, perhaps most, institutional strategies ignore these absolutely fundamental shifts in the strategic environment, not because people are stupid, but because the world around us is discontinuous with the expectations everyone crafting those strategies was raised and educated to hold, meaning the strategies themselves are profoundly out of alignment with reality. The collision of status-quo strategies with newly-seen conditions is the narrowing of the bottleneck. It won’t be pretty.

On the other side of that bottleneck, of course, is opportunity. Cities to build. Energy to generate. Water to provide. Products to design. People to feed, school, clothe and care for. Reforms to deliver. Companies to launch. Money to be made.

Just because things will be done differently doesn’t mean things won’t be done at all. In fact, the global economy is almost certainly going to be much larger after this convulsion than it is now. It just won’t work by the same rules. It may well be much, much bigger and so different as to be difficult to fully grasp from our present perspective. But change it will, and fast.

The fact of change, and the speed of it, has caught many of us off-guard. One of our biggest failures of foresight, I think, has been to miss the seismic shift in the politics of change over just the last few years. But here are the basic driving forces, as I see them:

Threat: Far more and more valuable assets are imperiled by inaction than protected by delay. Hugely powerful forces (national militaries, institutional investors, the re-insurance industry, the governments of almost all the world’s biggest cities, and so on) have realized that environmental unsustainability and social inequality are threats to their interests, and have swung over to the side of action. This is really difficult for activists to understand, or even see, because no one is stopping to say they were right.

Profit: I don’t know an industry in which at least some leaders are not now openly talking about the idea that there’s more money to be made in deploying new models than in defending the old ones. They’re right, and investors and governments are beginning to see the value of big investments in disruptive solutions. As it dawns on people that saving the world demands the largest building boom in human history, expect this stream to become a flood.

Politics: The ability of entrenched industries, especially the most destructive (fossil fuels, cars, low-density development, industrial farming, high-intensity extractive industries like logging and fishing) to block or at least delay change has been such a constant in the political landscape that we’ve come to take it for granted. Growing concentrations of wealth, austerity assaults on social action by governments, repressive politics and the demeaning of the public debate have gone on for long enough that it’s become commonplace to assume they’re the new order of things. The status quo ways of living around us have three generations of stability behind them, making them seem natural and normal, even inevitable. But none of these things is permanent, and the evidence is clear that the power of old industries is on the wane, the political pendulum is swinging back and “normal” is already a thing of the past. Expect the next decade to be one of political upheaval.

These changes are happening (even when they look nothing like what some of us thought they'd look like); that's not really in question, to my mind. The question is, How quickly? That question is important for two reasons.

The first is purely strategic: in strategy, timing is everything, and sussing out the timing of change can mean the difference between breakthrough success and tepid results (or even failure).

The second is ethical. The problems we face are almost all ones where delay has consequences. Cutting CO2 emissions to zero in 2100 is catastrophic, while doing it by 2050 offers at least some real hope. In a city, building systems designed to work in new ways now opens up better possibilities than building another round of out-dated infrastructure. Providing health care, education and jobs to the world’s youth today changes every social dynamic in ways that will be more expensive and difficult if we lose a generation to unemployment and purposelessness. Action now means a fairer, better, more sustainable world than the same action later.

Truly worldchanging work, in this light, means work planned in such a way as to succeed by matching the timing of the strategic environment, while pushing forward the pace of change. The unconscious entanglement between objective judgment and desired outcomes is usually disastrous. The conscious evolution of strategies designed to both respond to and influence the strategic environment is masterful.

The trick, then, is to learn how to judge the forces involved in our metaphorical bottleneck, so that you can identify in your own work a method for testing the timing of changes, foreseeing rapid shifts, and looking for strategic “sweet spots” where action now will not only be successful on strategic terms but can accelerate the kinds of changes ethical people seek. Success and impact, combined as they must be if you actually want to get worthwhile things done in the world.

No one I know has completely mastered this trick, and no one I know can teach it. I can’t either.

What I can do is share the tools, models and practices I’ve been developing to hone my own understanding of the bottleneck and its promise/perils. I can show you how I’ve been trying to learn, what I think I’ve found out so far, and what approaches seem to me to offer leverage. I can, perhaps, help you get better at learning what no one yet knows how to do.