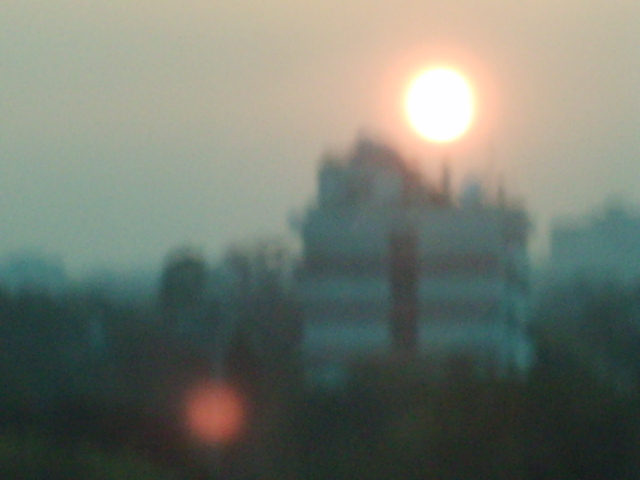 Cities, therefore, are a natural leverage point for climate action. Create carbon-neutral cities, and you will have gone a long way to solving the climate crisis. In addition, cities offer a unique leverage point, large enough to make a difference, but small enough for citizens to make a change.

Back in 2009, I gave two talks in Seattle in which I proposed that Seattle claim a North American leadership position by becoming a (net) carbon-neutral city by 2030. The idea proved pretty instantly popular (one Councilmember told me he has never seen meetings as consistently packed as those the City holds on carbon neutrality), and the City Council adopted the goal of carbon neutrality in February 2010… but without a firm commitment to the timeline.

Since then — and I’ll have more to write about this later — the debate within both City Government and civic circles has produced a lot of push-back from the powers that be on the pace of change that would be demanded by a 2030 goal. There are many reasons for that opposition — some legitimate concerns about the realities of changing a major city, some mere turf-guarding, some political maneuvering (like Seattle Mayor Mike McGinn, who says he supports rapid climate action, but doesn’t want to support the goal of carbon neutrality lest it give the City Council grounds to avoid hard choices now), some simply reactionary (Seattle has more than its share of NIMBYs and denialists) — but the combined effect has been, it would seem, to vent a lot of the momentum out of the effort. Certainly Seattle is fast losing the initiative that might have been gained by clear, bold and immediate action.

In the meantime, the idea of carbon-neutral cities is spreading quickly (in case it’s not clear, I’m no neutral observer here and I’m glad to have played a role in its spread). Copenhagen plans to be carbon-neutral by 2025. Five cities in the Finnish Carbon Neutral Municipalities project have committed to an 80% direct reduction in emissions by 2030, making net carbon neutrality an easy reach with offsets and other financial instruments. These Finnish projects are already way ahead of schedule, too: Uusikaupunki cut its emissions 14% in 2010, and is committed to 30% by the end of the year, for instance. Vancouver already aims for a 30% reduction by 2020, and friends tell me that momentum for carbon-neutrality by 2030 is building fast.

Nor is business lagging here. Lots of small businesses have already gone carbon-neutral with a mix of efficiency changes, green power purchases and a bit of offsetting. Now bigger companies are moving fast as well. Just recently, for instance, the Co-operative Group (the UK’s fifth largest retailer, employing 120,000 people) pledges net carbon neutrality by the end of 2012. (Another post will examine the benefits and perils of these kinds of pledges.)

All of this, however, pales in significance next to the efforts starting to emerge in the megacities of the Global South. Lagos, Sao Paulo, Dakar and Bogota all have serious discussions afoot about achieving climate neutrality in the next 20-30 years. New Delhi has gone even farther.

In a conference being held now, Delhi officials are plotting out a plan for taking the world’s 4th largest city carbon-neutral by 2030. As Chief Secretary Rakesh Mehta told reporters:

“We have been witnessing economic growth of over 10% in the past few years. …[W]e will have to meet their energy demand but without compromising on our green agenda. This will require energy efficient methods, energy conservation and tapping wealth from waste.”


“Our per capita energy consumption is among the lowest in the world, a third of Beijing’s per capita demand. However, there are all chances that it may rise with increase in our consumption patterns. Hence, it is very important that we have a long-term plan to combat climate change and incorporate it as a matter of principal in policy matters.”


“We want to make Delhi a carbon-neutral city.”

Of course, vast challenges lie ahead of these good people as they work to bring 24 million residents along a bright green development path. Huge questions have only begun to be answered. But if the people of Delhi can answer those questions at such a large scale, their example will inform the world.

It is a commonplace in climate debates in North America (and, unfortunately, increasingly in Europe as well) for conservatives to make the claim that climate action here will simply mean handing a competitive advantage to firms in developing countries with laxer regulations. That argument is a relic. Climate action produces far more economic advantages than costs, helping spawn new industries, reducing materials and energy costs and spurring innovation.

What’s more, it’s not at all clear to me that the other part of the argument — that the Global South will pollute its way to competitive advantage — is at all a given. Indeed, I see more and more signs that at least some nations are moving far more quickly than the U.S. and perhaps as quickly as world leaders like Denmark. In 2030, the most ambitious, creative, transformative carbon-neutral cities may well be found in nations like India, Brazil and China.