Future-Ready Cities: Why the capacity and willingness to change trump everything. 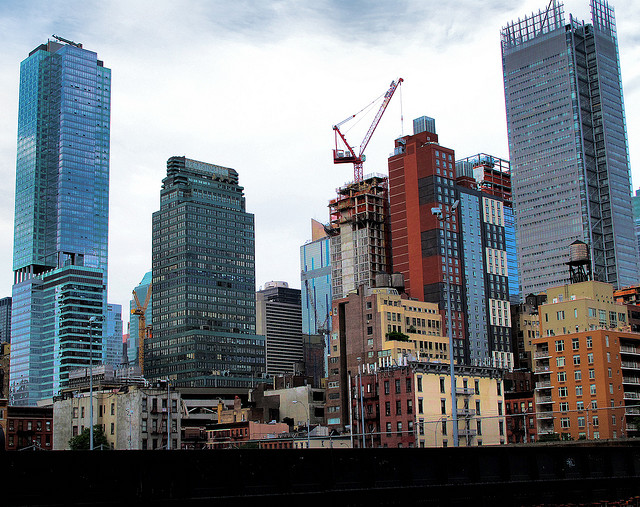 Anybody who thinks at all seriously about climate and our other planetary crises has probably thought at least a little about their own choices and prospects.

Many of us wonder whether we live somewhere that will be a good place to be in 10 or 20 or 30 years. People are starting to think about questions like, What will the local climate be like in coming years? Will the local infrastructure prove rugged in the face of natural disasters and economic shocks? How good is the water supply, the energy supply, the food supply? How heavily dependent on fossil fuel is the local economy? What will sea level rise mean to this place? A few people are actively relocating solely for big picture reasons, but right now, I hear it more often as a concern, one piece of the calculus used in making life choices.

So, how do we choose?

There are some places that are dealing with natural attributes and human legacies that will be almost impossible to address (Bangladesh, for instance, will find it very hard to adapt to sea level rise under the best circumstances; many auto-dependent American suburbs will likely experience economic distress as resource and energy costs rise; the US Desert Southwest will be extremely stressed by both anticipated heat waves and fossil-fuel dependent land uses and economies). How temperate the local climate is likely to be, how stable the surrounding ecosystem services are likely to remain, how wise (or lucky) the region has been in growing energy-efficient cities, how rich the local people are, and how much strength and integrity their national governments have — all these will matter, undoubtedly.

But I’ve come to the conclusion that readiness to act matters more than any of these. Places that invest boldly in the next decades in ruggedizing their systems, growing civic resilience and building up the local capacity for innovation, adaptation and rapid cultural change… these are the places that will be most prepared for the storms on the horizon.

Being a city region ready to meet the future (whatever it looks like) is more important than being luckiest in location or wealthiest at the moment. Successful engagement with future turmoil will demand leadership, strong civic cultures, commitment to change, tough choices, aggressive action on big systems. No city out there is moving fast enough, yet, but some are beginning to show signs of understanding the scope, scale and speed of the change demanded of them. Others look great now, but are changing only incrementally and slowly. There comes a point where lack of action means further incremental change can no longer keep up with exponential problems.

Personally, I’d rather live in a city that’s moving fast to meet the future, than one that started father ahead, but is stuck and complacent, or simply unwilling to go beyond mere incremental change. If I became confident that any city was in fact poised to be a real global leader, I’d move in a heartbeat.

I know I’m not alone. In fact, I suspect that a city that really through itself to the forefront of urban innovation (and had a clear commit to further innovation ahead) would find itself a magnet for civic talent, entrepreneurial efforts and global investment.

It may be a city few of us think of a leader now (though I think several well-established metros are positioned to rocket ahead, if they ignite bolder strategies). It may be a city in the developing world, though most of the obvious lead contenders have problems at least as big (and politics at least as stuck) as any of their developed world competitors. I doubt, unfortunately, that it will be an American city, unless an absolutely extraordinary leader comes to the front in one of them: the gridlock is too severe, the legacy of sprawl too large, the civic culture too frayed and poisoned. I would love to be proven totally wrong.

Wherever it may emerge, the edge a leading bright green city gains in the next 20 years could put it in a position of increasing prosperity for a century, even in the midst of hard and turbulent times. The solutions it invents and tests could also benefit the entire world, even help smooth some of the rough waters ahead. The best possible scenario would be one in which several (or many) cities hurl themselves into fierce competition to lead in a bright green urban boom.