Landscape Urbanism, New Urbanism and the Future of Cities 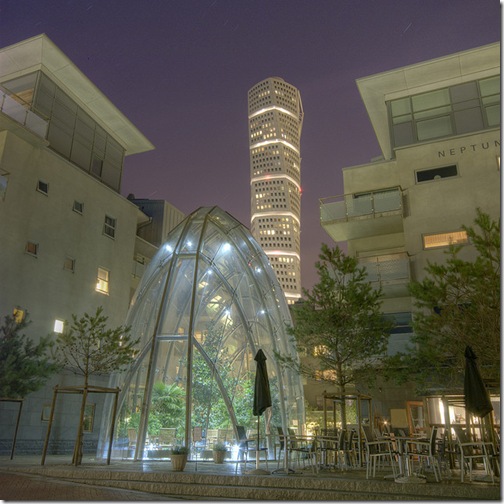 Landscape Urbanism is, as Wikipedia puts it, "a theory of urbanism arguing that landscape architecture, rather than architecture, is more capable of organizing the city and enhancing the urban experience." It was formed very directed as a critique of New Urbanism, in an attempt to wrest back a place of central relevance for thinking about landscape and land form in urban debates. Or, as others have put it, New Urbanism says it's where you put the houses that matters, Landscape Urbanism says it's what you put around them.

I think that any attempt to see the systems around us more clearly adds value. That said, one of our biggest problems is that in the developed world (but most especially in North America) we have a tendency to mistake the wrapping for the mechanism. We tend to think too much about how a place looks and feels, and far too little about what actually drives the systems within it.

American cities, especially, are the apices of vast networks of material and energy flows that reach literally around the entire planet. The impacts of our every day lives radiate out in all directions, from the atmosphere to the ocean depths, from distant forests to melting ice caps. Those impacts are planetary, gigantic in aggregate and unsustainable in nearly every particular. Most of those impacts we will never see. And the biggest impacts of all are generated by our auto-dependence, our over-consumption, our sprawling land-use and our bloated and poorly designed homes.

Walkability, transit-orientation and green building all reduce those invisible impacts. In discussing these, New Urbanism is excellent. The problem I have with New Urbanism is a lack of ambition -- something that feels like an unwillingness to face the actual scope, scale and speed of the changes we need, and to really push the boundaries of urban form. Too much New Urbanist rhetoric feels to me to be locked in a debate from the 80s that assumes suburbanization is the norm, is here to stay and needs only modification.

If we take planetary boundaries seriously, we need to be reducing the unseen impacts of our lives by something like 95% in the next couple decades. That's a big task, and it's made more important by the economic and social vulnerability built into our current systems and their reliance on long, complicated supply chains, limited nonrenewable resources and a stable climate.

Bright green cities -- able to offer prosperity with 5% of the impact using far more rugged systems -- will not be had by tinkering. We need serious changes in land use, big investments in infrastructure, new innovations in design and technology, and new approaches to how urban life is lived. We simply can't get there with home retrofits, electric cars and backyard gardening. The physics don't pencil.

Some of changes needed will take, I believe, weaving biomimetic systems into the city: making our infrastructure and places work in such a way that they demand less from nature. But we're never going to make car-dependent suburban sprawl sustainable through changes in landscape: the amount of good we can do within the boundaries of those places will never eliminate, much less make up for, the damage done elsewhere to support them. No amount of permaculture in the backyard will fix the melting of the ice caps caused by a lifetime of driving and dwelling in extremely inefficient low-density systems.

The future of cities, I think, involves high-density, high-innovation cities meshed through with extranatural systems, systems that reduce the need for inputs and decrease the toxicity and wastefulness of outputs, helping to stabilize natural systems around cities. Those systems and the landscapes they define may look nothing like natural rivers, forests, farms -- but that's okay.

Because one of the biggest problems with urban debates these days -- and it's a problem I fear Landscape Urbanism contributes to, rather than addresses -- is that we continue to mistake that which looks green for that which is sustainable. We dress up disastrous land-use and voraciously wasteful urban systems in gardens and greenery, and end up with a Potemkin sustainability.

New Urbanism, more hardcore urbanists have long charged, can end up being just "sprawl in drag." Landscape Urbanism, unless it addresses the physics of underlying systems (transportation, housing, manufacturing), threatens to be just "sprawl in a pretty green dress".

I'd like to see a whole different approach, one which starts from the scope, scale and speed of the changes we know we need to make, and backcasts from that transformation as the basis of any sound urban thinking. Planetary urbanism. That's a task that will take all the smarts we have, in every discipline.