Things I Read, 6: The Climate Economics of Urban Change, Probabilistic Snow, Companies that Run Themselves, Florida Under Water and Archival People Simulators

A more data-centered analysis of the kinds of thinking I wrote about in Carbon Zero [link] for those who are keeping up with the debate on cities and climate.

“As noted above, new analysis for this project puts the external costs of sprawl at about US$400 billion per year in the United States alone. Around 45% of those costs are due to the increased cost of providing public services such as water and waste; one-fifth is due to increased capital investment needs for infrastructure such as roads, and the rest is due to the costs of increased congestion, accidents and pollution not borne directly by private individuals. The total costs amount to about 2.6% of US GDP at current prices. If the United States followed an alternative growth pattern without urban sprawl, the savings could cover the country’s entire funding gap in infrastructure investment.

Such cost estimates indicate the potential savings from pursuing smarter growth policies based on more compact, mixed, multi-modal, infill development. This is a lower bound estimate, as it excludes over US$323 billion in higher personal/household transport costs, climate change impacts, the impacts on agricultural productivity and ecosystems, and social costs related to the creation of more divided communities and degradation of urban centres – which can, for example, increase crime. Although the costs of urban sprawl may be lower in absolute value in developing countries, due to lower wages and property values, they are likely to be similar in magnitude as a proportion of the national economy.”

Ask Not, “Will it Snow?”; ask “What’s the Distribution of Your Forecast?

“Communicating merely the forecast (the peak of the probability distribution) is far from giving us the full complexity of these decisions. I wish weather forecasts came as charts, instead of single numbers, showing distributions and other pieces of crucial information.

“Oh, wait, you say, who would understand all that? And here’s my pitch: we should be teaching probability and statistics in K-12 because these are essential to everyday decisions. I’d even say instead of calculus if necessary — while calculus is necessary to understand the full math behind probability distributions, you can get a reasonable knowledge of how they work without calculus. And while few of us are going to be engineers who need calculus to do their job, all of us deal with probabilistic decision making everyday.”

RoboCorp: Get ready for companies that run themselves. But will the autonomous economy set us all free, or just make the rich richer? 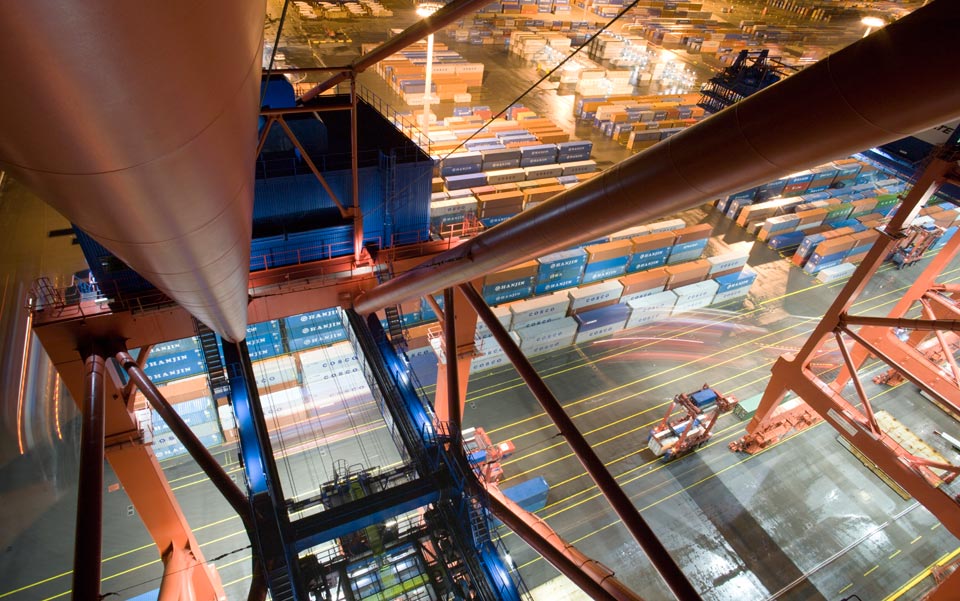 "For Bitcoin, security creates value and, in turn, value creates security. But currency, Buterin continues, is far from the only use for blockchain-based distributed security. What if, he asks, a decentralised system of hosts could guarantee the trustworthiness of other kinds of financial instruments? Such as, say, insurance policies, or rental agreements, or futures contracts?Buterin stumbles, stutters, repeats words and emits strange frog hiccups as he speaks. But his voice pulses with conviction. In his mixture of awkwardness and passion, he recalls a long line of tech wunderkinder – Bill Gates, Steve Wozniak, Sergey Brin.Finance underpinned by a blockchain network, and linked to fully digital currencies, would be secure against both hacking and dishonesty. Banks, brokers and lawyers – whose main role in many such transactions is to keep everyone honest – could become afterthoughts."

Treading Water: Florida’s bill is coming due, as the costs of climate change add up around the globe

“The whole idea is to do this comprehensive capital plan that would include all kinds of things—desalination plants, the lifting of roads, where to raise land, where to create canals. Part of the future has to be raising some land at the expense of other land.”

Ruvin knows what he’s up against. Procrastination. Disputes over property rights. Long battles over changing zoning and building codes to prohibit building in areas that can’t be protected. And he doesn’t want to talk about the cost of all that reengineering. “I can’t even give you a real number. Maybe $50 billion?” Ruvin muses, though he knows that’s low. He’s focused on how to pay for long-term projects in a place that operates on capturing short-term gains. “How do you take this to the voters for a bond issue when the county commissioners are afraid to increase property taxes a hair to fund libraries?” …

Last year Ruvin invited two executives from Swiss Re, the global reinsurance giant, to brief his task force about Florida’s precarious future. The hard-nosed number crunchers created a predictive model that showed the region could expect annual losses from storm-related events to reach $33 billion by 2030, up from $17 billion in 2008. They also said those losses could be reduced by 40 percent if the region acted soon to protect vulnerable real estate. “These kinds of issues cannot just be left for another 10, 20, or 30 years’ time,” says Mark Way, a sustainability specialist for Swiss Re.

[Even if the creation of archival people-simulators were as easy as this makes it sound, who, exactly would want them around?]

“While Ursache has grand ambitions for the Eterni.me service (“it could be a virtual library of humanity”) the technology is in still its infancy. He estimates that subscribers will need to interact with their avatars for decades for the simulation to become as accurate as possible. He’s already received many messages from terminally ill patients who want to know when the service will be available – whether they can record themselves in this way before they die. “It’s difficult to reply to them, because the technology may take years to build to a level that’s useable and offers real value,” he says. But Sunshine is optimistic. “I have no doubt that someone will be able to create good simulations of people's personalities with the ability to converse satisfactorily,” he says. “It could change our relationship with death, providing some noise where there is only silence. It could create truer memories of a person in the place of the vague stories we have today.”