Things I Read: Ghosts of the Future 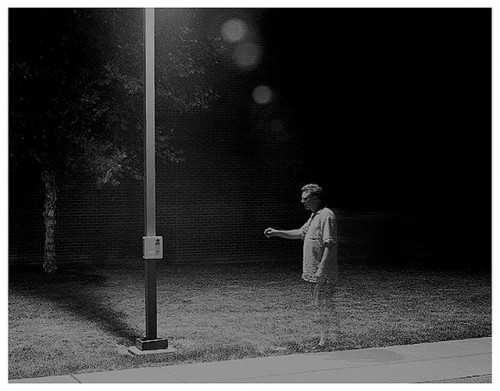 Ghosts of the Future

In this advertisement by Honeywell, a spectral presence escapes from the machines. Emails, you say? How do they work! Solution: Magic! Like the Sorcerer's Apprentice, the hard things you don't want to deal with, like emails, are passed off to magical processes.

Motifs of individual empowerment-through-magical-computers can still be found in Apple's sloganeering. Their phrase ‘It just works’ angers me the most. “You don’t need to worry how it works,” Apple tells you, “just that it does.” The implication is that you don’t need to know what you’re agreeing to when you allow this device or software to work around you. You are positioned as the magician’s assistant, or rather, you’re not even that. You’re the nervous audience member dragged on stage that makes the magician look better, or clever, or supernatural. The advertisement for their most recent public campaign, ‘You’re more powerful than you think’, is nothing but a insidious obfuscation technique, making you think that you are doing the magic when in fact you’re a component, and an ingredient, in a much more complex set of darker magical happenings. When you choose to be part of the magic, accepting the terms and conditions of use, are you allowing yourself to be possessed?

Possession, in the magical sense, is the loss of control of your own personal faculties. In the case of algorithmically mediated culture, we can see where these problems of agency, control and intent – where our power is compromised – create the capacity for ghosts to take hold of us.