What Does Planetary Thinking Mean?

We are human beings, who live as part of a planet. It behooves us not to gloss over either of these facts or the relationship between them.

The first fact, that we are human beings — homo sapiens — is essential to understand every other fact, feeling or experience we might discuss. Our brains are particular organs, evolved over millions of years to facilitate our survival as wild beings, and then accelerated through further evolution by at least 30 millennia of cultural adaptation. They let us engage with the world through a sentience that, as far as we know, is unique on Earth, and perhaps in the Universe. 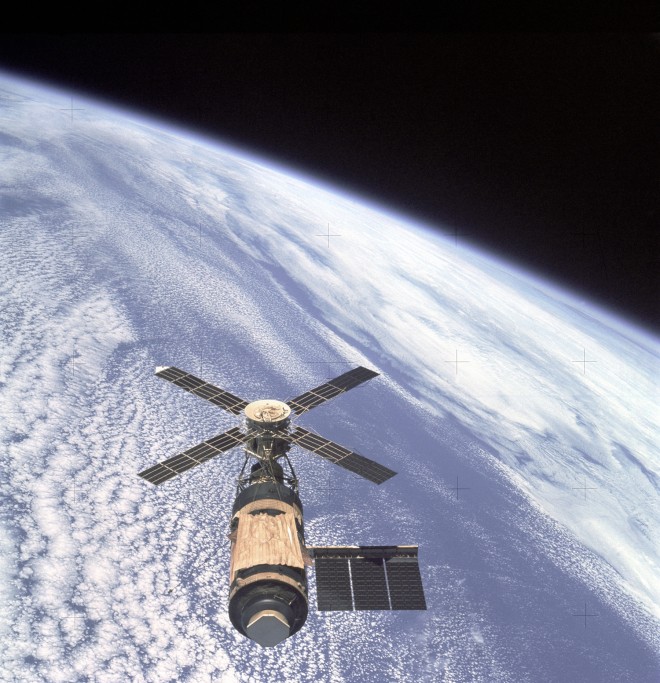 And while it is true that these brains let us see and comprehend things far beyond the range our our immediate experiences — the joys and sorrows of a friend on another continent, the outlines of history, the workings of our genetic codes, the existence of other, far-distant planets — it is also true that we can have no experience that is not mediated by our brains. The world is as we think it; and our brains are hard-wired to think in some ways and not in others; indeed there are no doubt vast realms of possible cognition of which are brains are simply not capable; while other, incredibly difficult tasks — say, reading the expression on a lover’s face — our brains tackle with ease and blinding speed (though obviously, our empathy and understanding are never quite up to the task of perfect rapport even with the people we love best). The world as we experience it is the world experienced by humans: there is nothing outside this system, for us.

Nor should there be, given the nature of ourselves. Much discussion has been had in some circles about thinking in non-anthropocentric ways. I think the idea we can do so is an illusion: even in science, all but a little of our understanding is not just tinged by anthropomorphism, but awash in it; and our artistic and philosophical and spiritual understandings of nature are usually nothing but the animistic inhabitation of nature with human characteristics, values and intentions. We see ourselves in nature. When we look through human eyes, no one else is there. Even in a world teeming with life.

First, as our understanding of our evolutionary origins and biology has evolved, we’ve come to realize the degree to which our health demands something much like the conditions into which we evolved (even if radically reworked by modernization), and that our bodies themselves are not isolated and discrete, but enmeshed with the world around us, at microbial, chemical and hormonal levels; tied to the seasons and the rotation of the Earth, utterly dependent on the web of life for the food we eat, the water we drink, the air we breathe.

Indeed, these connections within the web of life may be most important key insight of our day. The idea that there is a human economy separate from or above the rest of the planet, apart from nature, is simply wrong; it has also been incredibly destructive. Humans have made from the elements and energy around us many wonderful new things (and some horrific ones as well); but, even so, the entirety of the human economy is contained within the natural world. All of the attempts I know of to act as if the economy were separate from the world in which it operates have led to ecological and human disasters (though some are of such slowness we perceive them not as ruinous but simply as change over time).

We’re not in charge, however powerful we may be (we are not, contrary to the saying, “as gods”). For one thing, the stability of nearly all the systems we’ve created depends on the flows of natural systems which we still at best incompletely understand, and which are all much too large for us to control (influence, yes: control, no). A host of ideas have been put forward about how humanity might change this basic fact — that we are, entirely, a subset of nature; that we are part of this planet, not just on it — but all of them remain, at this point, in the realm of handwaving; and, if history is our guide, attempts to pursue them will mostly result in the catastrophic failures of hubris.

I’m not sure whether or not in the distant future this centrality of our existence — that we are planetary in the sense that we are of this planet, not just from it — will change. I just don’t know. (I do know that most of the currently touted plans to change it have far more to do with a sort of secular religious belief in the destiny of mankind as something distinct from the Earth than with actual science and established fact; and, indeed, the very idea that transcendence of Earthly limitations through technology is part of the destiny of humanity is itself, I believe, an outmoded idea formed by people who understood neither limits nor technology — a subject to which we’ll return.)

There is no doubt, of course, that humanity’s actions are transforming the planet. We can see that in cleared forests, melting ice caps, packed highways, teeming slums, and the millions of small signs of change unfolding around us that we can read about in the news. However — and this is a critical however — the degree of destruction and instability we’re unleashing on the planet is not a sign of our mastery, but the truest tell of our interdependence with its systems, and the limits we face, the first of which is the stark limits of our actual capacities.

We are changing the world. But to say that shows our power over the world is like saying a monkey smashing tea cups is a master potter. We know how we’re breaking planetary systems; we still have at best the most tenuous understanding of how one might go about making a planet, or repairing the one we have. The largest truth we possess is that the best thing we can do is stop breaking, hold on to what is unbroken and learn to work with the systems around us to repair those parts that are not yet completely lost: sustainability, preservation and restoration, in short.

And yet, and yet… our situation affords us nothing so clean as a simple answer. We must reforge our human economy and living patterns. We must protect and restore living systems. We must likely perform triage on some human-natural systems to prevent their collapse. But all of this must be done while we learn to do it; all of it will require constant recalibration and reassessment, and all of it will happen while we are in the very throes of a global crisis whose scope, scale and speed exceed anything in humanity’s remembered experience. We must work with the Earth, at all the scales of the Earth.

But to learn to work on planet-wide problems, we must become planetary thinkers. We must learn how to be humans aware of our natures, our Earthly context and the systems which make up the planet of which we are a part.

Essentially no one, yet, does this, or is fully capable of doing it; indeed, proper planetary thinking is almost certainly not an activity for a single mind, but instead a description of the changes cultures around the world will need to absorb in order to ensure the future of the human-planetary entity we call the Earth.

The question for each of us, then, becomes “How do I help create the conditions for the flourishing of planetary thinking in my community, my culture, my nation, my species?” I suspect that, for all of us, learning to think clearly in basic planetary terms is the first step. How do we do that, though? How do we think in terms big enough to at least apprehend the shape of the whole, but concrete enough to inform our own work?

And that, of course, is what we’re here to try to find out, together.