A few rough thoughts on the 1:1 map that is your city 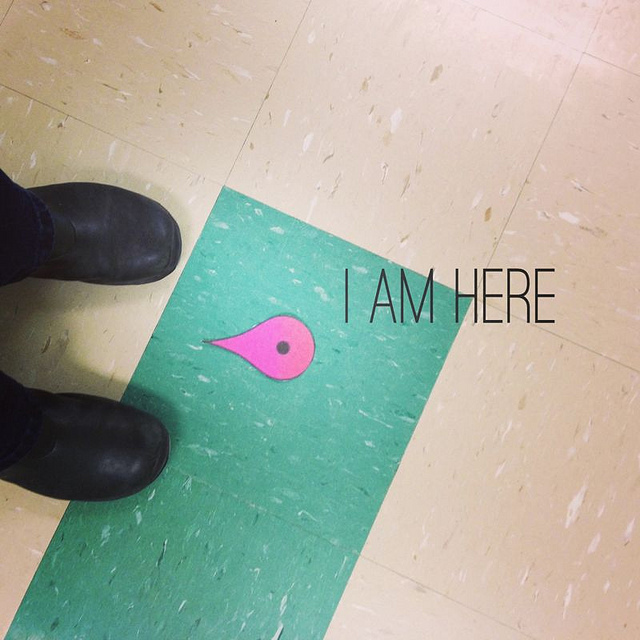 “But Succeeding Generations, with diminished interest in the Study of Cartography, believed that this immense Map was of no use, and not Impiously, they abandoned it to the Inclemency of the Sun and of numerous Winters. In the Deserts of the West ruined Fragments of the Map survive, inhabited by Animals and Beggars…

Lewis Carroll was the first to present as an absurdity the idea of “a map of the country, on the scale of a mile to the mile”:

“Have you used it much?” I enquired.

“It has never been spread out, yet,” said Mein Herr. “The farmers objected: they said it would cover the whole country, and shut out the sunlight! So we now use the country itself, as its own map, and I assure you it does nearly as well.”

The idea of a 1:1 map (a map on the same scale, in the same size, as the place being mapped) not only bemused Borges but encouraged Umberto Eco to write his essay On the Impossibility of Drawing a Map of the Empire on a Scale of 1:1. In that essay, Eco decides that such a map is an impossibility, since given an enormous paper map,

“When the map is installed over all the territory (whether suspended or not), the territory of the empire has the characteristic of being a territory entirely covered by a map. The map does not take into account this characteristic, which would have to be presented on another map that depicted the territory plus the lower map. But such a process would be infinite. Two corollaries follow:

“2. At the moment the map is realized, the empire become unreproducible.”

Of course, today, paper maps are niche products, while hundreds of millions of people carry one their persons machines capable of capable of calling up detailed satellite maps of the entire Earth with at worst only a few seconds delay.

And increasingly the most urbanized parts of our world are being mapped and sensed and documented and photographed at finer and finer details. We already have a few models that map (or at least depict) places at finer than 1:1 scales; but in any case, having models that depict our cities (with varying degrees of usefulness and fidelity) in their entirety at 1:1 scales seems an almost boring inevitability, from a futures point of view. The map is being drawn and laid over reality, it has just been dematerialized.

The first is that, as William Gibson notes, the idea of cyberspace as a separate, distinct realm of being is a failed prediction. Instead, what’s happened is that the physical world has eaten, or been eaten by, the digital (or perhaps they’re both eating each other, like some two snake ouroboros… but let’s not get sidetracked). We live inside the digital, now, and the digital is increasingly focused on physicality and presence. If there is a map, if there is a model, we increasingly experience it from within.

The second is that what it means to live within a city is changing as living in a city and living within models of that city become simultaneous. Our way of being urban is itself a recent culture, albeit with roots that go back 10,000 years. We live amidst institutions, transportation systems, land use patterns, aesthetics and social mores fashioned by 19th and 20th century people and institutions. However, we no longer live in the world that shaped those people or created those institutions.

The places, relationships and capacities of cities are all changing as a result of living inside both the city and models and maps of that city at the same time. Some of those changes are now-commonplace observations within technology circles (like annotated landscapes, sharing systems and networked infrastructure flows). Others are I think poorly understand even by those now beginning to live them: I feel strongly that who we are being when we walk down the street (how we are being urban) is itself changing in ways that are difficult to describe with the language available to us now.

One interesting thought experiment is to go to a street you know well, find the oldest picture of it you can, and look at it as you walk down that street, and try to think of all the ways your thoughts, actions and interactions are being informed by access to understandings of that street and its context that would have been at least unlikely, if not impossible, twenty years ago.

Of course, being able to find and look at that picture on your phone in the first place is itself a sign that you no longer live in the city in which the photographer stood. That city had no 1:1 map.