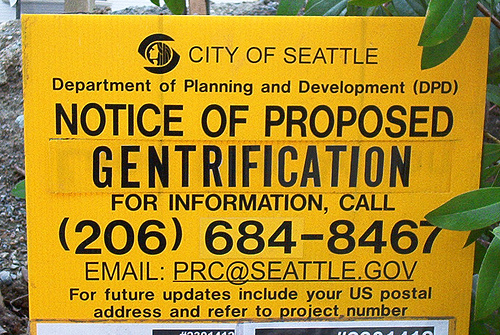 The urban revival — as we called it back in the day, when cities still seemed patients with uncertain prognoses — is now history. Cities are not only alive, they’re booming. All around the world, people are moving from countryside to town, from small city to larger city, and (here in North America) from outer-ring suburbs to urban cores.

The problem is many of our expectations about how cities work emerged in the decades when cities were shaky or in flat-out decline. We see this in economic development programs looking to build casinos or ballparks to “draw people downtown.” We see this in retail businesses obsessed with providing abundant, frictionless, free parking next to their stores. We see it in housing debates, where people with expectations formed in earlier eras fail to grasp that increasing housing supply is the major structural social justice issue facing most cities.

One of the places this urban generation gap looms biggest is in the debate about gentrification. In cities with rising housing prices pushed ever higher by more people competing for the same homes, gentrification is not even a question anymore. Every neighborhood in those cities will gentrify**.

In fact, I think we could argue that in terms of the classic pattern of gentrification — initial “discovery” of a neighborhood by risk-oblivious young people and artists, followed by creative industries and hip professionals, followed by the upper-middle class — we are seeing the end of an era.

There just aren’t that many neighborhoods remaining that are “undiscovered.” It’s all on the real estate radar, and as soon as it looks ripe, people with money sweep right in (skipping the bohemian phase altogether).

Very few neighborhoods in thriving cities retain the low-price, fertile obscurity that defined American gentrification from 1950 – 2010 or so. Fewer still offer the kind of sense of place that makes a gentrifying neighborhood into a creative milieu, a scene in the best sense of the term. I think we have probably passed peak gentrification in those terms. Maybe a decade or more ago.

Nor have we invented its replacement. Arts and urban innovation that depend on low-cost, neglected, cool urban landscapes are probably things of the past. That kind of “organic” scene-making is definitely on its way out.

Can we invent ways for new development and placemaking and institutional innovation to give birth to a new kind of creative ecosystem? Almost certainly. The question is, how and how long will it take to catch hold… and how much damage will be done in the transition.

It’s a good problem for someone smart and creative to tackle.

*Yes, some cities are still profoundly broken, but most of those are victims of global economic shifts, terrible governance, or both. On the whole, the trend is clearly towards the urban.

**The impacts of this on low-income people can already be clearly seen as they are pushed from cities to stuggling suburbs which impose on them the costs of suburban living, like auto-dependence and long commutes.