Reality in the Energy/Climate Debate 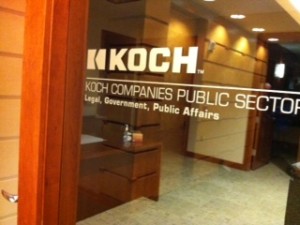 I think normal people have a hard time grasping how entirely US energy debate is distorted by oil+ coal money, powerful spin and political pressure.

Independents who dig deep almost invariably come to conclusion we could be running this country on clean energy, with a stronger economy. In fact, the numbers are so good on many bright green changes, that people have tendency to think something must be wrong with the calculations.

The sheer practicality of many of the changes we need to make to reduce our climate emissions clashes with the frame we’ve all been given by the media (e.g., that climate action hurts the economy).

It’s hard to get your head around idea that bedrock assumptions of Beltway debate on climate and energy are essentially Carbon Lobby propaganda. Even a lot of smart, extremely well-educated and connected people hit this wall: a moment where it just seems impossible that the accepted conventional wisdom can be so massively wrong, even as a direct result of the spending of billions of dollars to influence the process of opinion formation, media coverage and political campaigns.

And it does really boggle the mind, sometimes.

On the other hand, this state of affairs is paradoxically one of the things that makes me more optimistic about climate action in America: most people don’t know how strong the real arguments are.