The Death of Speed 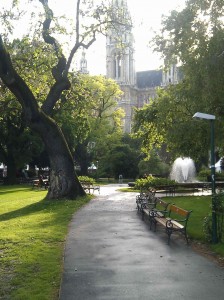 Recently, I’ve been getting asked what I think about the idea of “the death of distance.” The death of distance is a buzzphrase for the idea that as oil production peaks and energy (especially the fuels needed for motorized boats, planes, cars and trucks) gets more expensive, we’ll all be retreating into smaller and smaller geographies. Peak oil, the thinking might be summed up, will make our worlds smaller.

This seems to me to misunderstand some key facts about the physical world.

The first is simple physics: the amount of energy used to transport something is based on the mass of the thing and the speed of the movement, as well as how long you move it. Simply put, moving something heavy slowly takes far less energy than moving it at higher speeds. The faster you go, the more energy-intensive the acceleration (which is why lower speed limits for cars save so much gas).

The second misunderstanding here, it seems to me, is about energy substitution. It’s not that substituting other forms of energy for oil is impossible — for instance, people sailed the world thousands of years before the invention of the steam engine — it’s that the energy available in these other forms is often less “dense,” which means it’s harder to gather the energy to move heavy things quickly. You can sail a ship slowly using wind; to drive it forward at a good clip, you need coal or (better yet) oil.

Moving more slowly doesn’t mean you never ship anything. Many commodity goods, for instance, can travel quite slowly and still be valuable. Ancient Rome, for instance, maintained a thriving trade in grain with Egypt. Overnight shipping may soon be a thing of the past, but global trade isn’t going anywhere.

Other items don’t weigh much, and so don’t take much more energy to ship more quickly; and of course, much trade is now essentially dematerialized. Software, news, entertainment, design — all are traded in digital form. And the increased cost of energy for these transactions is pretty marginal compared to their value. Even if energy cost 10x as much, the price of downloading a song wouldn’t need to rise much. Even the computer we listen to that song on isn’t nearly as “energy price sensitive” as say, your average lawnmower or home gym. Information will still flow in a world with expensive energy.

What this all means is that what we’re really about to experience is what I call “the death of speed.”

The death of speed will have profound impacts on our cities and suburbs, on whole industries, on a variety of retail models, even on our diets. It will change the landscapes of our lives. But it won’t leave us living in the small towns of the past.

UPDATE: Got an interesting question, asking why the death of speed wouldn’t lead to a more agrarian future of small towns, self-sufficiency? It’s a good question, and one I’ll explore in more detail soon, but the short reply is this: moving food makes up a minuscule portion of most developed nations’ energy footprints.

Particularly in places like North America, Australia and New Zealand, the biggest direct impact will almost certainly be that car-travel (and thus, also, auto-oriented businesses and sprawling suburban lifestyles) will become much more expensive. The best solution to this problem is simply building communities where more things are close by and walkable. Density-done-right saves energy in all sorts of ways I’ve written about in the past and will explore again soon. The death of speed will spur the rise of compact communities.