The Kind of Plans the Planet Needs

A few people have asked me what I think of a recent study finding that in California cities (and perhaps by extrapolation other cities) having a city climate plan doesn’t seem to produce any deeper emissions cuts than would have otherwise happened in environmentally conscious cities. 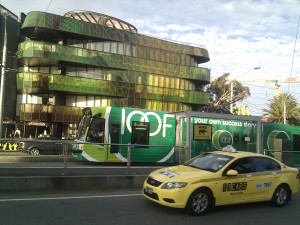 I don’t have time for a detailed response, but here are a few quick thoughts. Some of the furor around the study seems to stem from a degree of people fitting the findings to their viewpoints. These views have merit, but they don’t tell us a lot about what the study actually says.

“[The study] looked at the climate plans and greenhouse gas emission reductions of cities in California to find that there doesn’t seem to be any causal connection between greenhouse gas reductions and climate action plans.

“That’s not to say that emissions aren’t going down, but that the plans aimed at bringing them down aren’t necessarily what’s driving the change. [The study’s author] says it’s not so much that the climate plans are driving emissions reductions, but rather that environmentally conscious tendencies of the people in these cities are reducing emissions [my emphasis] – and creating an atmosphere in which the creation of a climate plan is politically viable.”

Which, I suspect, is probably largely true (I haven’t had a chance to dig into his numbers), though my take on the meaning of this finding is different than some other observers.

I think climate plans haven’t made much of a difference because in North America most of them aren’t designed to make much of a difference. To really drive down emissions in a city, you need to change its systems: you need to grow a much denser city, actively de-prioritize cars (not just build a few bike lanes), raise building standards across the board (not just encourage a few green buildings), make possible new forms of living and consumption and aggressively improve the climate performance of energy, water, waste and other infrastructure systems.

To do this, you have to get at the core of how a city works. You have to change things that really matter. Only a handful of climate plans in the US are integrated with bold land use, transportation and infrastructure plans. But that’s what it takes.

So, my take on this debate is not that climate plans don’t work, but that we haven’t yet seen the kinds of climate plan the planet needs. What kind of thinking might go into such plans? What kind of city might they aim at?

Well, I’m just finishing my own attempt to imagine what such a city might look like, my booklet Carbon Zero. Stay tuned!