Two major new studies by an international team of researchers have pinpointed the key factors that ensure a livable planet for humans, with stark results.

Of nine worldwide processes that underpin life on Earth, four have exceeded “safe” levels – human-driven climate change, loss of biosphere integrity, land system change and the high level of phosphorus and nitrogen flowing into the oceans due to fertiliser use.

Researchers spent five years identifying these core components of a planet suitable for human life, using the long-term average state of each measure to provide a baseline for the analysis.

They found that the changes of the last 60 years are unprecedented in the previous 10,000 years, a period in which the world has had a relatively stable climate and human civilisation has advanced significantly.

The Cathedral of Computation

“The algorithmic metaphor is just a special version of the machine metaphor, one specifying a particular kind of machine (the computer) and a particular way of operating it (via a step-by-step procedure for calculation). And when left unseen, we are able to invent a transcendental ideal for the algorithm. The canonical algorithm is not just a model sequence but a concise and efficient one. In its ideological, mythic incarnation, the ideal algorithm is thought to be some flawless little trifle of lithe computer code, processing data into tapestry like a robotic silkworm. A perfect flower, elegant and pristine, simple and singular. A thing you can hold in your palm and caress. A beautiful thing. A divine one.


But just as the machine metaphor gives us a distorted view of automated manufacture as prime mover, so the algorithmic metaphor gives us a distorted, theological view of computational action.“The Google search algorithm” names something with an initial coherence that quickly scurries away once you really look for it. Googling isn’t a matter of invoking a programmatic subroutine—not on its own, anyway. Google is a monstrosity. It’s a confluence of physical, virtual, computational, and non-computational stuffs—electricity, data centers, servers, air conditioners, security guards, financial markets—just like the rubber ducky is a confluence of vinyl plastic, injection molding, the hands and labor of Chinese workers, the diesel fuel of ships and trains and trucks, the steel of shipping containers.

The Economics of the Internet of Things: As everyday objects get connected, brace yourself for network effects, says one economist.

“They have a really difficult time with the mental models. It’s fascinating. Most companies compete by adding new features to products. They haven’t been in the business of thinking of how to add new communities or network effects. One of the points I make is that platform business models are like playing 3-D chess.”

Is 'SimCity' Homelessness a Bug or a Feature?

"I have Community College and a University, plenty of police coverage, yet I still have a city with homeless ALL OVER..... so what the fix for this or do I just not worry about it?" asks a player on Simtropolis.


For Bittanti, it's impossible not to see the connections between the homeless problem in the Bay Area and the way it's portrayed in SimCity. "That is, can we fix homelessness in SimCity, or because we haven't fixed homelessness as a problem in real life, therefore we are bound to lose?" Bittanti asked. "Is SimCity a reflection of what's happening in reality, and therefore is very realistic, or is it a programming issue?"

Hunger games: A new wave of videogames offers lessons in powerlessness, scarcity and inevitable failure. What makes them so compelling?

“[Banished] is a real-time ‘god game’ in which the player guides a small group of people in building a small village, which with careful guidance can become a small town. The available buildings and technology suggest it is the Middle Ages, and the steep pitched roofs, encircling forest and harsh winters suggest northern Europe. We know that these people have arrived in a clearing with little more than the clothes on their backs and some seeds because they have been ‘banished’ from elsewhere. Other than that, there’s little context or backstory; and there’s no time to ruminate because Winter Is Coming. 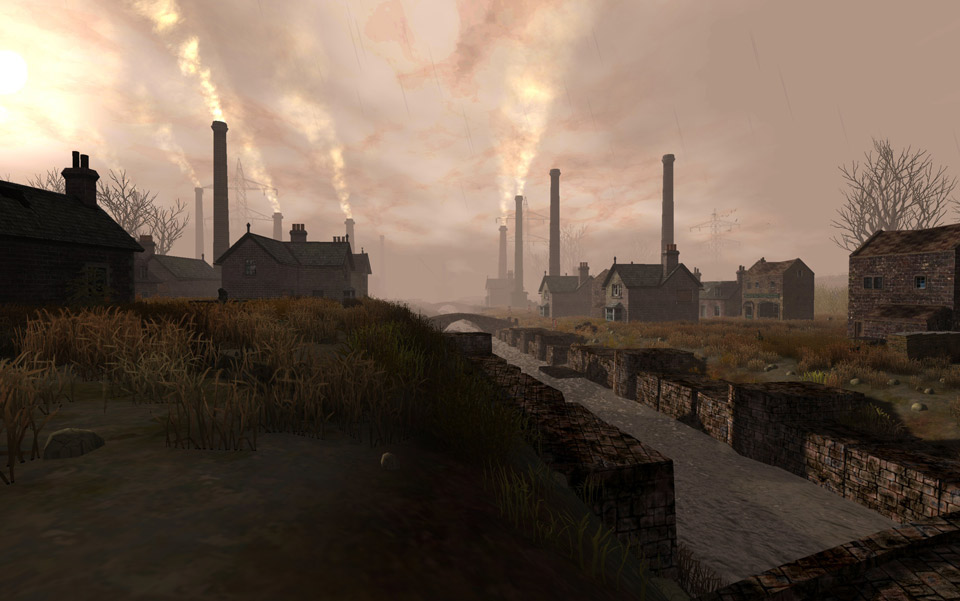 All strategy and resource-management games involve crises and shortages, but put a foot wrong in Banished and everyone dies. It’s a brutal lesson in the wretched economics of subsistence farming. The workers are desperately unproductive, their hovels are draughty, their winter coats are thin, and their iron tools wear out. All it takes is the slightest misallocation of labour or materials, and every man, woman and child is doomed: output dips, there are one or two untimely deaths, and all of a sudden there aren’t enough hands to bring in the harvest, and potatoes rot in the fields while the whole village dies in their beds. …


The Steam platform, which helped to drive Banished’s success, has done a great deal to democratise game development and marketing, giving small designers a better chance of competing against industry giants and facilitating viral, word-of-mouth hits. Steam has given PC gamers and developers a better than ever idea of what is really popular among their peers, spawning copycats and crazes. And something interesting has become clear: scarcity sells. To put it more precisely: scavenging sells. Starvation sells. Survival sells.


Nether, Rust, Infestation: Survivor Stories, Miscreated, 7 Days to Die, The Long Dark, The Forest – the past couple of years have seen a spate of survival games, often but not always with a voguish ‘zombie apocalypse’ setting. On the surface, these resemble that perennial favourite, the first-person shooter, in which the player runs around killing zombies, terrorists or other players. But they share a new emphasis on brutal realism and necessity. Ammunition is no longer conveniently scattered along a linear path towards an objective; often, there is no particular objective, as the games are generally what is called ‘open world’, providing an extensive omni-directional living terrain that the player can freely explore. Sometimes, ammunition is the least of your worries because your only weapon is a rock and your character is starving and bleeding to death. This is no cheerful blastalong, but a twilit limp along a grass verge, bleeding from a septic wound, weak from hunger, pursued by assailants against whom you have no realistic defense. Horrible, but utterly compelling.”