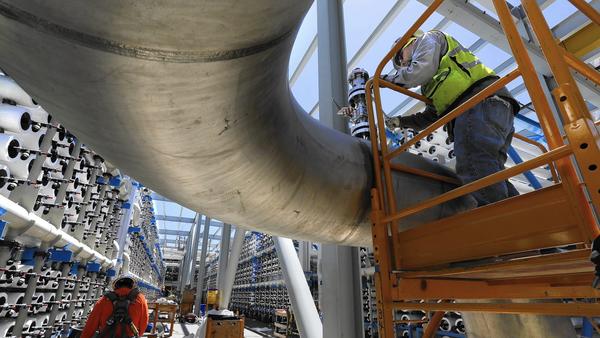 It was the beginning of making San Diego County what industry veteran Doug Eisberg calls "the Silicon Valley of desalination." Dozens of companies employ 3,000 workers to provide the delicate, complex membranes needed for the world's plants that specialize in desalination and water reuse.

...But the desalination process remains a target of environmental groups, which say it kills fish and creates pollution with the brine left behind after the water is purified.