Why we need development with scope, scale and speed to make our cities work

A few thoughts about the scope, scale and speed of urban change, taken from another context:

I’ve been open about my judgment that that building more housing is the key to making housing affordable, and that housing affordability is the most important social justice issue in in thriving cities.

But I haven’t talked much about how much housing we ought to be building. The answer, I’m afraid, is probably as much as we can, as quickly as possible. Scale and speed matter in housing policy.

The reason is that I see very little reason why housing demand in successful cities will slacken. Populations are still rising in almost all nations; economic, cultural and environmental trends are all drawing people towards walkable neighborhoods; increasing numbers of people are moving from suburban, exurban and rural places to cities (and from other failed cities); household sizes are shrinking as more people live alone or choose not to have kids (or have them later in life), and as the number of people living in each home declines, you need more homes to house the same number of people; and, as planetary impacts grow greater, places with good economies, good governance and/or climate adaptation advantages will draw even more people to them. These trends indicate to me that demand for housing will only grow, and perhaps grow rapidly. 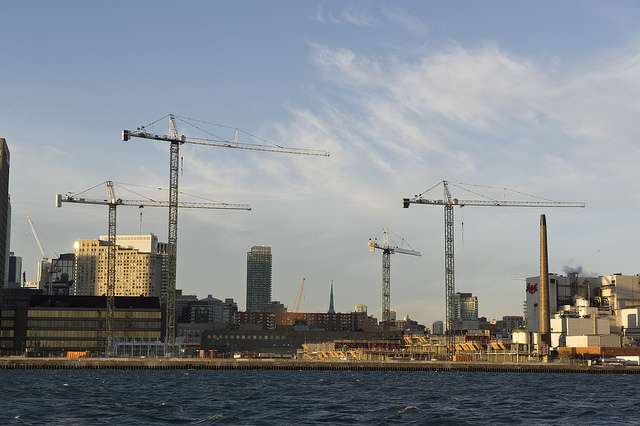 We are already experiencing massive gaps between supply and demand, seen in rising home prices and rents, in many cities worldwide. The amount of new construction in many major cities right now is, by the standards of the last several decades, quite a lot. But we’re not building fast enough (especially in North American cities) to close the housing gap quickly enough to stabilize prices now. (San Francisco estimates, for instance, that it needs 100,000 new homes now to bring home prices within reach of middle-class families; and while San Franciscans talk about a housing “boom” now, fewer than 20,000 units will have been built by 2017, with only another 28,000 more in the pipeline over the next decades, so far.)

Worse, since the gap between supply and demand is cumulative, with growing populations and economic pressures, all the existing problems can be expected to be magnified by new demand. If it takes San Francisco decades to build 100,000 new homes, the odds are that growing demand over that time will undercut gains in affordability: homes will be more affordable than they would have otherwise, but they still may be out of reach of most middle- and low-income people. (The pushing of the poor into the inner ring suburbs, where they are even more structurally disadvantaged than they currently are poor neighborhoods, is one predictable result.)

If we really want socially just, sustainable cities, we need a lot more housing in walkable, transit-served neighborhoods. To get that, we have to build differently.

The piecemeal approaches to planning and development of the last four decades — which in many cases are at least in part a reaction to the injustices and anti-urbanist engineering of massive urban renewal projects in the 1950s and 1960s — may not be able to deliver change on the scale we need, at the speed we need, scoped in a way that weaves together all the systems we need to holistically make higher densities better than the communities we have now. Incrementalism seems to have reached its limits.

But thinking that the options are either bulldozer planning, backroom deals and megaprojects one the one hand or design review of every addition, endless public process and NIMBY roadblocks to every proposed change on the other hand — that seems to me to be broken thinking. We need to learn to plan for rapid, large, comprehensive change that respects the urban fabric, green spaces, historic preservation, walkability and city character. There is no other viable option, as far as I can see.