(Another piece, from 2008, that seems worth reposting in light of recent discussions.)

The babies born between 1965 and 1970 were historic. They were part of the highest global population growth rate ever achieved, 2.1 percent a year. As Joel Cohen writes,

Human population never grew with such speed before the 20th century and is never again likely to grow with such speed. Our descendants will look back on the late 1960s peak as the most significant demographic event in the history of the human population even though those of us who lived through it did not recognize it at the time.

Put another way, you might say that the birth of Generation X (which more or less book-ends those years) was the beginning of our planet’s era of peak human population.

It’s easy to get blase about demographics; big, abstract numbers thought about over numbing time-periods, and recounted by people who love statistics. It would be a mistake, however, to see peak population as unimportant. When we know that we are riding a wave of increasing numbers (and increasing longevity) that will crest sometime after the middle of this century, we can also see our path forward more clearly:

1) The longer population growth rates remain high, the more total people there will be on the planet when we reach peak population, so one of our biggest goals ought to be seeing to it by every ethical means possible that the wave of population growth crests sooner rather than later.

2) If we are successful in reaching peak population sooner, at a lower number of people, rather than later with more people, we will be much more able to confront the myriad interlocking crises we face — a comparatively less crowded planet is an easier planet on which to build a bright green future.

3) Since we know the single best way of bringing down high birth rates is to empower women by giving them access toreproductive health choices (including contraception and abortion), education, economic opportunities, and legal protection of their rights, empowering women ought to be one of our highest priorities. (As Kim Stanley Robinson puts it, empowering women is the best climate change technology.)

4) Our other main task is to preserve natural systems and transform human economies in order to best withstand this wave of human beings, avoid catastrophe and leave behind as intact a world as we can — to save the parts (including not just biodiversity but also the diversity of human cultures and histories) so that future generations have as many options as possible.

5) Our best hopes for both avoiding catastrophe and preserving our heritage all hinge on our actions over roughly the next two decades. In that time we have enormous work to do: create at least the model of a zero-carbon, zero-waste civilization; begin deep and widespread impact reduction here in the developed world; sustainably raise the prospects of those (especially women) living in the developing world; and preserve as many working parts of our planetary heritage as we possibly can. After that time, all of these jobs will grow progressively harder, trending quickly towards impossibility. 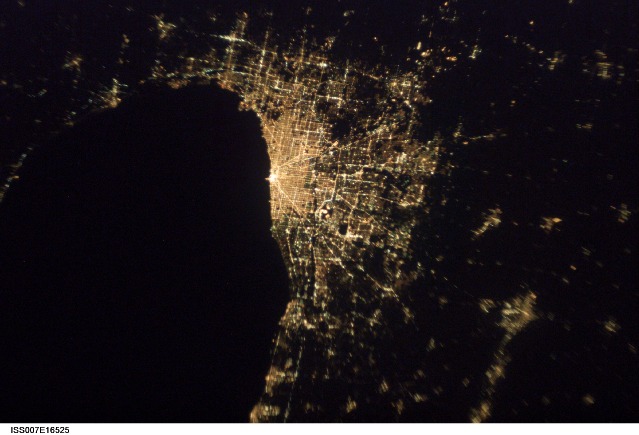 Add all of this information together, and a generational imperative emerges. Generation X can be seen as the beginning of peak population; many of us (born between roughly 1960 and 1980) may live to see population peak in the middle of this century; and much of the most important work to be done to see us through to the other side of that watershed will need to be done in the next twenty years, when Generation X’ers are in their professional prime. We did not cause the crisis we face — unless you count us guilty at birth — but if the crisis is solved, it’ll have to be in large part through the leadership of people born in my generation. Our historic call is to save the planet during peak population.

I am optimistic that we can do this. We have our first Gen X U.S. president in Barack Obama. We have a rising network of brilliant and dedicated worldchanging leaders. We live, despite the financial crisis, at a moment of great wealth. We have the motive, means and opportunity.

None of this is to say that Gen X will do it alone. In particular, if you’re young today, you have a huge choice to make: this transition will be unfolding your entire career, and the role you choose to play in making it happen will be vitally important to your life, the planet and the future. You too are called.

At the same time, few 18 year-olds have the mix of experience, energy and resources for changing the world that, say, a 35 year-old has. Since the moment is now, it’s those of us at the height of our powers that will have to lead the way.

Contemplating this journey beyond peak population, and the duty we have to lead it — well, it can weigh on you. I find it useful to remember that by changing the world today, we’re building a better future beyond the crisis, that we work not only on our own behalf, but for children who will not be born within our lifetimes, and their children, and their’s: that we’ll make great ancestors.

But I also find it helpful to remember that these are our lives, and this is our adventure; and though times are tough and the planet demands our hard work, it also needs people who are happy, healthy and creatively energetic. The world needs our best-lived lives, not our martyrdom.

Or, as the great American poet Gary Snyder wrote, back in the early seventies, when we were just small,

The rising hills, the slopes,
of statistics
lie before us.
the steep climb
of everything, going up,
up, as we all
go down.

In the next century
or the one beyond that,
they say,
are valleys, pastures,
we can meet there in peace
if we make it.

To climb these coming crests
one word to you, to
you and your children: