Getting Lucky on a Planetary Scale

Though I’m skeptical of the supernatural in general, I make an exception for the workings of luck. In fact, I sometimes feel that luck is the primary operative force in human affairs. Luck’s running the show. 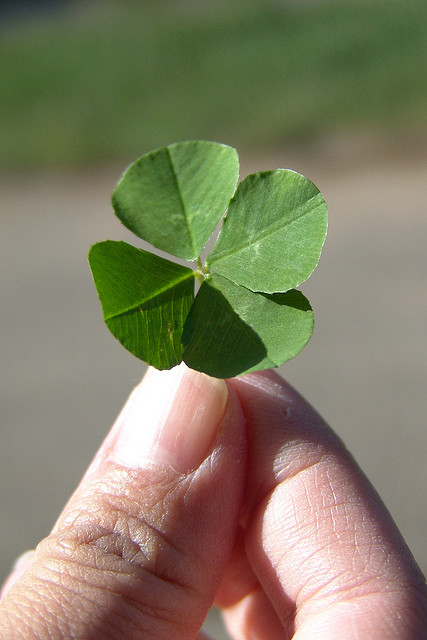 But luck is not chance. Chance doesn’t care about you. Chance exists only to be measured, in efforts to shore up our prospects against randomness. A world governed solely by chance would be a grim place, run by probabilistic caution, algorithmic investigation and actuaries.


Luck, on the other hand—well, one of the defining characteristics of luck is that it can be courted. Charms can be obtained, superstitions observed, comforting rituals obediently performed. There seems to be a connection between preparation for luckiness and luckiness itself. Those with mastery of a task will often talk of a connection between deep engagement and good luck—a weird entanglement between sustained intention and the workings of fortune. “Golf is a game of luck,” Arnold Palmer supposedly said, “but I notice the more I practice the luckier I get.”


The crazy thing is that it seems to work, though its mechanisms I suspect are more intangible than magical. Luckiness seems to rest in part in a state of mind which leaves us ready to discover our own good luck. People who feel lucky encounter a different world than the luckless: they note their own fortune, finding the money others dropped, catching the friendly smile of a helpful stranger, running through life pleasantly out of phase with probability.


So what? Well, living as we do amidst a planetary crisis whose magnitude alone is difficult to grok, luck ought (I sometimes think) sit at the center of our attention. We are at the mercy of so many fierce curves of probability that it might behoove us not just to undertake the hard work of transforming humanity’s presence on the Earth, but actively court our civilizational luck while doing it.


What habits of mind will a lucky species cultivate? How will it practice being lucky? What stories will it tell itself? How does humanity get lucky?