“To have great poets, Walt Whitman wrote, “there must be great audiences.” Whitman recognized that great creativity is always a co-creation. The expectation of great work inspires that great work, and the sharing of great work primes an audience to appreciate its taste and expect more of it.

Governments and citizens grow together in the same way. This is especially true in cities. In cities, a meaningful civic realm can take root.* People can acknowledge most easily that they have direct mutual interests, and that their self-interest (intelligently understood) can only usually be served while addressing the common good. Everyone’s in it together. (Indeed, the words civics, city, civil, citizen, civitas seem to all spring from early the Latin root “cives” with meaning “living together” or “under the same roof.”)

There’s a whole, massive literature on the collapse of American citizenship. I won’t go into all the obvious symptoms and easily identified causes here.

Instead, I want to point out a single salient symptom/cause: our civic debates no longer address the deepest questions, and limiting the discussion to small questions means our deep personal interests are apparently not connected to the outcomes of those discussions. We live in a time of profoundly rapid change, of major crises at the urban level and of serious precarity for many citizens… but our civic discussions at the local level (the level where we have the most influence, can learn the issues most fully and often feel the most direct effects of government policies) are often moderately trivial.

I think they are trivial because we do not take seriously the idea of civitas, of the body of citizens as a whole, and as an entity which has its own needs and demands, but which is also meant to shelter, nourish and raise up each citizen within it. If civic is “we’re all in this together,” civitas is “we’re all on the same team.”

Of course, in America, many of the smartest, best-educated and most financially-successful people are part of a professional stratum which seems to be steadily evolving into a more mobile and rootless class very year. People, frankly, like me. The lures of opportunity and the insecurities of global capitalism seem to be driving the people who were traditionally most involved in the civic realm into a transience that makes local involvement seem like a bad investment, since who knows where you’ll be in five years?

At the same time, many Americans in other social/economic classes seem permanently disengaged. If you listen to most government and political consultants and many media reports, the middle-, working- and lower- classes have taken a permanent vacation from caring about anything as boring as local government and civic discussion. And data about participation in debate, membership in civic groups, and knowledge about local issues would seem to bear out that prediction.

Seem, I say, because I don’t entirely buy any of that.

I think we greatly overstate both the inevitability of professional mobility and its impacts. For one thing, my own sense is that people move not only for opportunity but from a sense of deep disengagement from the possibilities of their places where they live. I’ve met many people who express a strong desire to find a place they could settle down and make a difference. In fact, I think being a place people can make a difference could become a major competitive advantage for cities with strong civics.

Also, mobile professionals are important, but they’re not the whole civitas. I think it’s classist crap that no one but the fortunate cares anymore. If many regular people have dropped out civic engagement, it’s probably because irrelevance is civic poison. If you’re struggling, why waste time on a process you know won’t change anything meaningful? 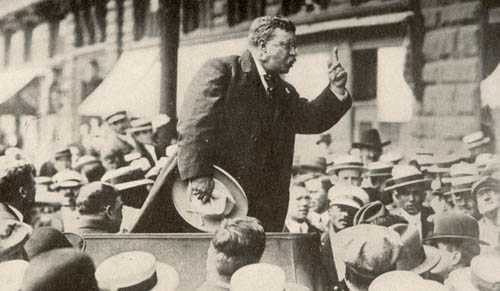 Right now, our civic debate is often anemic and meaninglessness. We discuss jobs and mean not dignified careers and purposeful work, but brain-deadening employment and economic inequality; we discuss education, but mean minor tweaks to an impoverished, shameful system for warehousing most children; we discuss economic development and mean corporate welfare for sports teams; we discuss planning and mean re-arranging some street configurations and permitting a few buildings; we discuss affordable housing and mean some token public housing projects; we discuss climate action but mean planting some trees and painting some bike lanes. We discuss change, but our conversation is almost always about more of the status quo… and that status quo is seriously, catastrophically broken.

Cities may be humanity’s best hope for rescuing the future. But no city can accomplish much without a civitas that expects accomplishment; and that civitas will not cohere unless fundamental questions are put to them as a group. If the problems appear to big for us to tackle, we must grow as citizens until we can get our arms around them. We grow, of course, by being given bigger challenges, and treated as people who can meet them. Chicken and egg; poets and audiences.

How do we then conjure up both chicken and egg? Well, as I’m running out of time to write this, I’ll just end by saying that’s a vitally important question, and note a few things I’ve been thinking about:

Put the future back in the room.

Systems citizenship: developing a civic conversation with citizens (through systems storytelling and facilitated consideration) in which we all learn together about the big systems upon which we depend, how they are changing, and what range of actions is available to us, in order to make “upstream” decisions about how to address our cities’ problems.

Civic reboots: a reconvening of citizens to consider the fundamental organization of the public and civic spheres, from the basics (the city charter, and how it’s designed; the structure of governance; the sources of public revenue and how they’re allocated and budgeted; the organization of the civil service and disposition of public assets; the plans and policies the city has made for itself; in short, the fundamentals). [That would be a civic debate worth participating in.]

*Civics differs from politics in my mind in that politics concerns how power is formally divided between groups, while civics addresses how power is to be used, whatever its formal distribution; they’re obviously interconnected. Civics, however, only really works when the participants agree they have an overwhelming mutual interest, whatever their individual and factional interests. You can engage in politics (or in war) with people you see as the enemy; you can only have civic engagement with people you see in some way as partners (however wrong you think they may be on the issue at hand). You vote in politics; you discuss together in civics. Civics is predicated on commonality.