“By acting now, we can control our future instead of letting the future control us.” — President Jimmy Carter, 1977

I’ve long imagined a Carter 1980 election victory as an amazing slipstream inflection point in our planetary history. If Carter had won, it’s easy to imagine the world being much better prepared for the planetary crisis we face today: we might even, perhaps, have largely avoided this crisis. 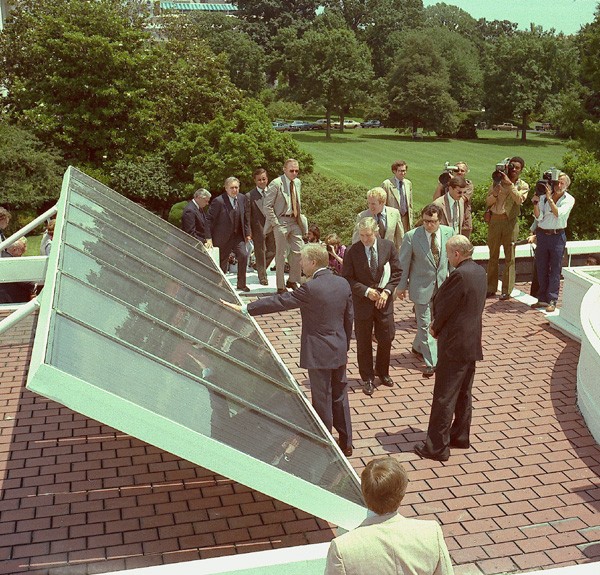 When Worldchanging came to a close, I actually played with the idea of writing a science fiction novel in which Carter won and we lived today in a hippie democratic, solar-paneled, homebrew computing, Bucky Fuller world — a sort of retro-futurecraft book. 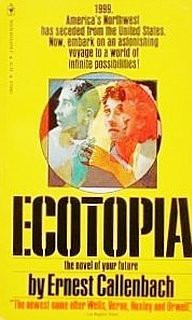 Then I realized that Callenbach had of course already basically written it in his science fiction classic Ecotopia. Though it’s true that book reads as incredibly dated (and thus feels pretty inaccessible from today’s point of view), the core concept of a different 1970s path into the future’s right there.

All of this to explain why I find Sascha Pohflepp’s project The Golden Institute so much fun. As Regine Debatty describes it:

In Pohflepp’s alternate history, Carter won a second term and took an even keener interest on the conservation of energy and the development of new forms of energy. NREL was developed to be an earthbound space program called “The Golden Institute for Energy”, a powerful think tank comparable to the RAND Corporation. Equipped with virtually unlimited funding to make the United States the most energy-rich nation on the planet, its scientific and technical advancements were rapid and often groundbreaking. 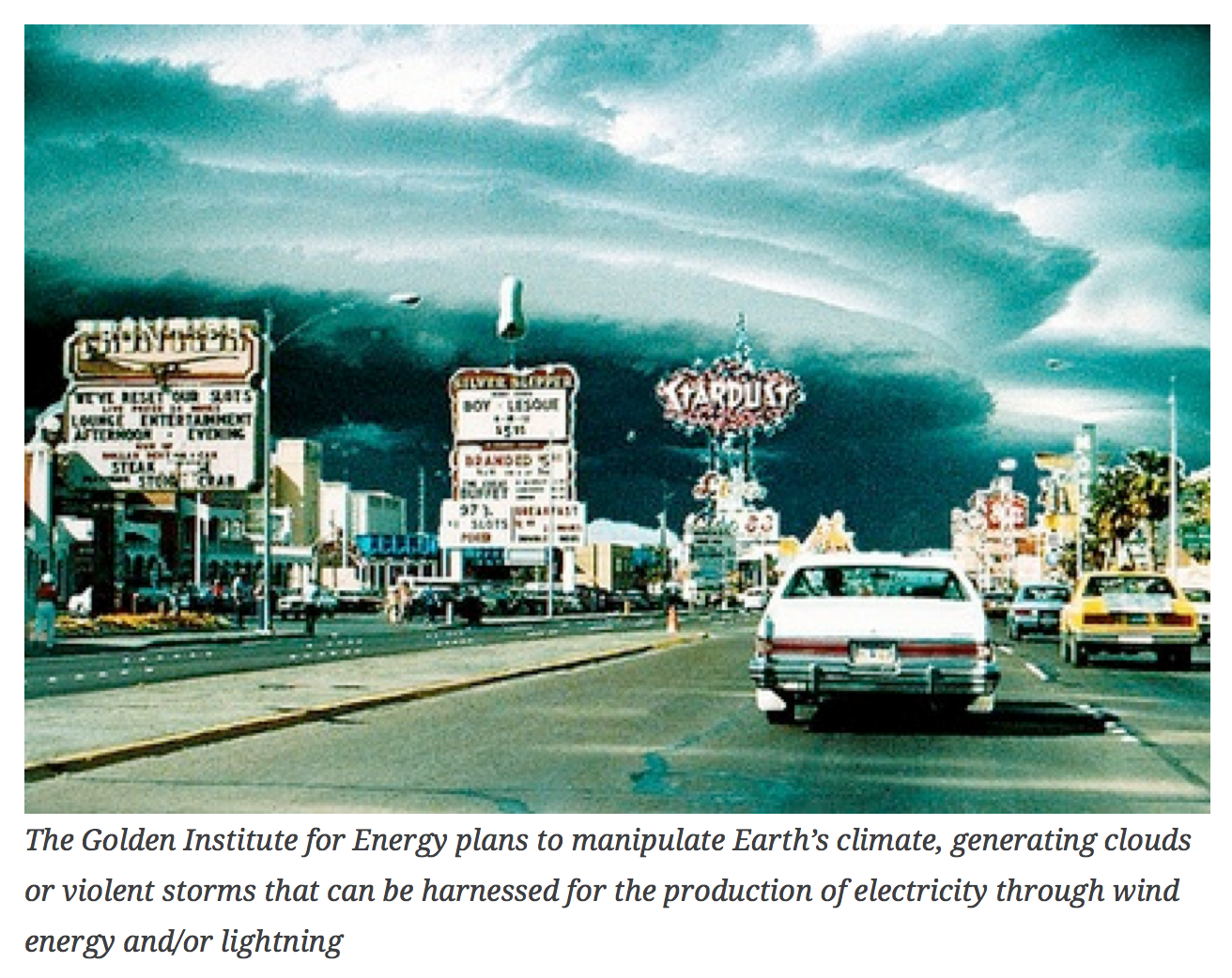 There’s even an amusing 1970s-style video (with a bit of Dharma Initiative in the mix) to accompany the project:

Then there’s A Road Not Taken, Christina Hemauer and Roman Keller’s more serious exploration of the history of the White House solar installation as a symbol of the possibilities of a new eco-industrial era (one the Reagan Administration made a point of ripping down):

In 1979, Carter warned, ‘a generation from now, this solar heater can either be a curiosity, a museum piece, an example of a road not taken, or it can be just a small part of one of the greatest and most exciting adventures ever undertaken by the American people — harnessing the power of the sun to enrich our lives as we move away from our crippling dependence on foreign oil.’

More recently, I’ve been noticing an increasing re-engagement with the visionary art, design, urban planning and civic strategies of the sixties and seventies. Take, for instance, the new exhibit Hippie Modernism: The Struggle for Utopia, put together by the Walker and the Berkeley Art Museum.

Presenting a broad range of art forms and artifacts of the era, Hippie Modernism: The Struggle for Utopia features experimental furniture, alternative living structures, immersive and participatory media environments, alternative publishing and ephemera, and experimental film. Bringing into dramatic relief the limits of Western society’s progress, the exhibition explores one of the most vibrant and inventive periods of the not-too-distant past, one that still resonates within culture today. 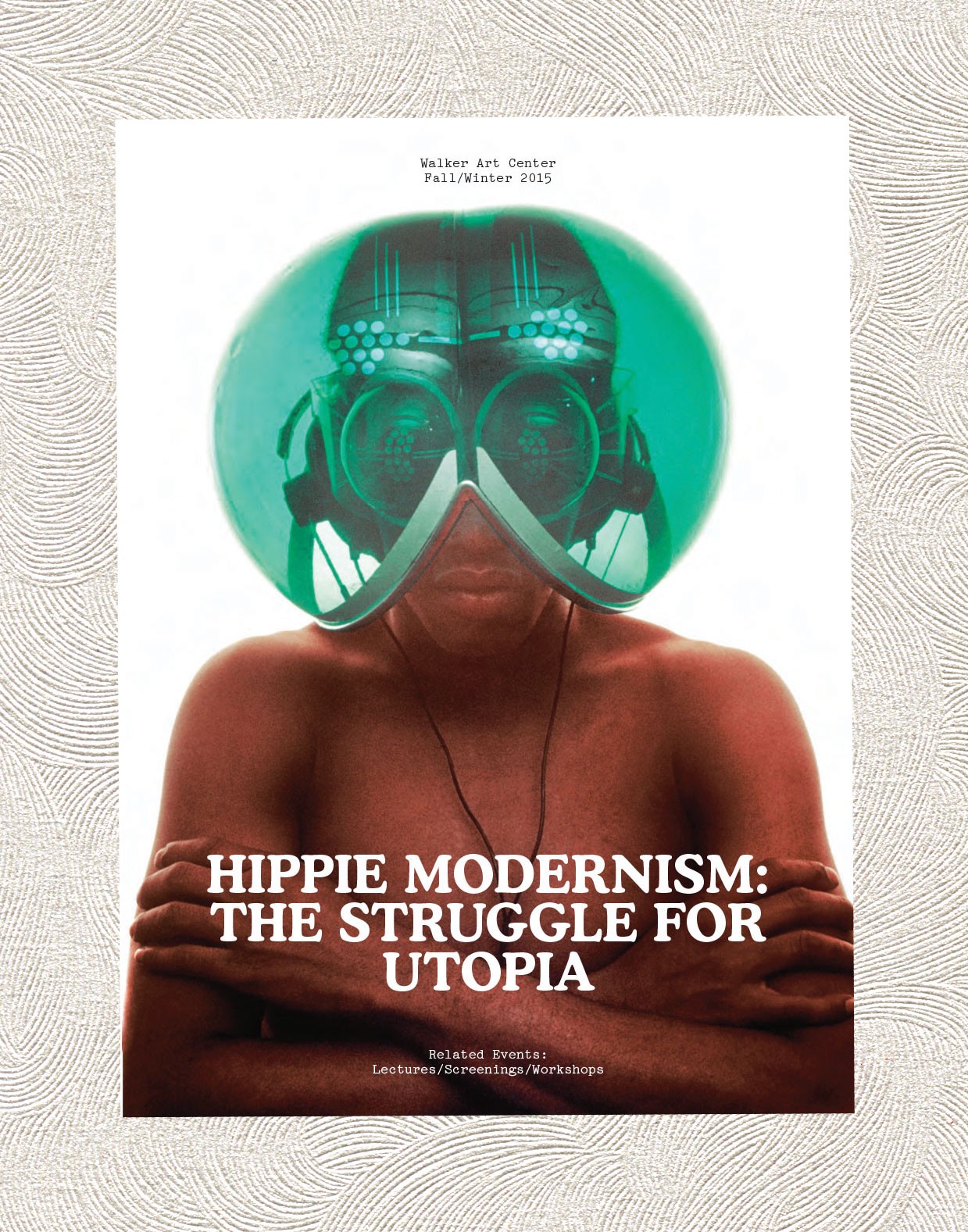 I suspect that part of this rediscovered interest in the futuristic innovation of the pre-Reagan era is that this was the last time we had a major burst of optimistic American futurecraft (so many of ideas we today call futuristic being in fact very, very old — stories not about where we’re going, but where we aren’t; and while cyberpunk was an amazing movement — indeed, the future culture of my teens — it would be pretty difficult to call it optimistic).

I sense a real hunger these days for a liberated sense of the future. We feel today, as the world heats and the storm grows dark, that our future controls us, and all the moves forward most of us foresee are reactive, incremental, and — we increasingly suspect — doomed.