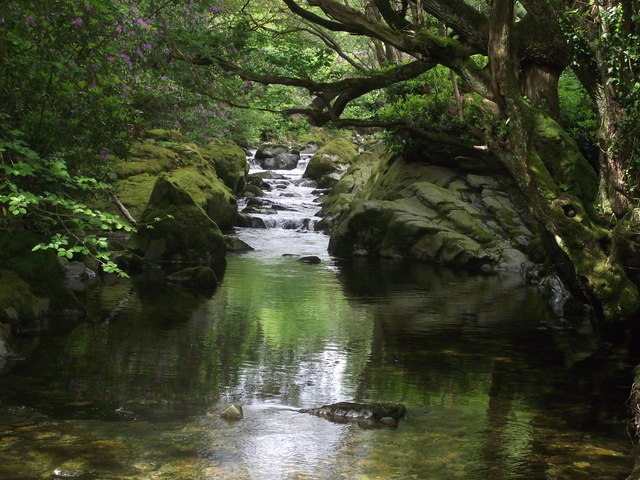 I don’t believe there’s anything in this wild screed of mine from 1999 (originally written for the Viridian list, lightly edited here) about gaming an ecosystem that couldn’t be done today:

Okanogan County, WA — The hottest computer game of the year isn’t about blowing apart zombies with a shotgun, or trying to land a virtual lunar shuttle on the deck of an aircraft carrier in pitching seas. No, the latest sensation in the gaming world comes down to a 26 year-old biology PhD candidate standing up to her hips in a mountain stream, skimming bugs of the surface with a mesh net.

“I’m doing an aquatic insect count,” the biologist, Sarah Greene, explains. “This will give us a rough estimation of how healthy this habitat is, whether or not it’s providing sufficient food for wild salmon.”

By itself, counting bugs is not very exciting. It’s what happens to the count that has made this odd game a hit.

You see, in this game, “EcoSystem” the “board” is a real place — a three-hundred-fifty-thousand acre system of valleys here in rural Washington, in a county larger than the state of Connecticut. The actions of the”players” — tens of thousands of paying customers from around the planet — control all the management decisions for this vast tract of land.

It’s a real-world, real-time, high-tech videogame, where things are actually born and eaten, flourish or dwindle, based on the players’ mouse-clicks — and often
in front of their very eyes.

After identifying and counting the insect population, Greene feeds the information into a computer, which tabulates the data and puts it up on the game’s website. There, it is added to and cross-referenced with millions of other pieces of information to present a picture of how the EcoSystem is doing.

Some of the information is arcane, like Youst’s bug count. Some is more personal, like another grad student’s daily observations and video about the habits and behavior
of the valley’s only spotted owl brood. Members post thousands of queries about this data, make notes on GIS maps, make and debate motions about how to manage the
land, even plot coups and counter-coups in the management regime.

Debates often become quite heated, such as a recent quarrel over whether to introduce a pack of wolves into the valley (the wolf-fans won).

In exchange, the EcoSystem team is able to meet three of its goals: the preservation of a vast tract of land (ranging from logged-over scab-land to a few isolated patches of ancient forest) at a time when public money for wilderness preservation has all but dried up; the restoration of portions of the ecosystem using experimental techniques; and the chance to study the workings of an entire ecosystem in a level of detail never
before attempted.

This last is due largely to the availability of large numbers of grants through the company for graduate work in the area, but EcoSystem president Jack Muir says none of
the project would be possible without recent advances in computer and telecommunications technology.

“Not only do we have hundreds of employees and thousands of customers, all connected via networks,” Muir says, “but we also have thousands of remote sensing devices of all different kinds, all going 24-7, measuring a wealth of data which has never been practical to consider before.”

But technology has made the game possible in a more direct sense as well. Part of the $30,000 entry fee to play includes the interface screen and equipment, a large flat-display screen which receives a direct feed from the valley, allowing players to show off pictures from any number of robot cameras (the camera on the owls is
particularly popular), as well as track any number of information streams. The EcoSystem, many players say, is a part of their daily lives.

To some this might sound boring, but most of the players this writer spoke with claimed it was quite the opposite: some say they experience a deep connection to the EcoSystem which they feel for no other land. Others recount powerful on-line experiences, such as the time cameras captured the wolf pack bringing down an elk and thousands across the world stopped their lives for hours to watch as the wolves fed. Still others recount personal visits to the valleys, great parties with fellow players, and the intellectual gratification of a growing knowledge of environmental science.

There have even been some insurgencies to make it interesting, like the small group of players lead by a disgruntled former timber executive who received the game from his daughter. He decided to advocate clearcutting the EcoSystem. The rebels called their plan “Fresh Start.” The effort was eventually contained within a small patch of experimental sustainable forestry on the area’s fringes. Another effort, to allow limited hunting, was successful.

But it is the exclusivity of the EcoSystem (only researchers and players may visit, and then only under strict controls) which has helped make memberships in theGame a hot status item. Though a few players have “scholarships” based in large part on some past service to the EcoSystem, the vast majority are well-heeled, environmentally-aware professionals for whom membership is a badge of distinction.

As word has spread and membership grown, the EcoSystem has been able to increase the intensity of study and add more parcels of land, growing 250,000 acres in
four years.

Now the game is planning to branch out into surrounding more settled areas. New projects will work with the EcoSystem, such as the purchase of a ranch and
several farms, which (it is hoped) will be experiments in rural sustainability. Players will engage in a participatory design process to create a series of completely sustainable visitor centers to accommodate the growing membership. An old hydropower dam neaby will be purchased and removed to restore a wild river There is even development of a “green” retirement community for EcoSystem players, planned for a nearby town.

I wonder how much of this could actually be done, now. Certainly, starting a Kickstarter-like project where people “adopt” species and fund conservation in the real world would not be difficult. But even some of the wacky stuff doesn’t seem all that impractical now… and some of what seemed future-y then sounds quaint now, like “interface screen and equipment, a large flat-display screen which receives a direct feed.”