Things I Read: Adblocking as Civil Rights Activism and as Consumer Boycott

What happens next will amaze you

What was the most damaging data breach in the last 12 months?

The trick answer is: it's likely something we don't even know about.

When the Snowden revelations first came to light, it felt like we might be heading towards an Orwellian dystopia. Now we know that the situation is much worse.

If you go back and read Orwell, you'll notice that Oceania was actually quite good at data security. Our own Thought Police is a clown car operation with no checks or oversight, no ability to keep the most sensitive information safe, and no one behind the steering wheel.

The proximate reasons for the culture of total surveillance are clear.

Storage is cheap enough that we can keep everything.

Computers are fast enough to examine this information, both in real time and retrospectively.

Our daily activities are mediated with software that can easily be configured to record and report everything it sees upstream.

But to fix surveillance, we have to address the underlying reasons that it exists. These are no mystery either.

State surveillance is driven by fear.

And corporate surveillance is driven by money.

Beyond ad blocking — the biggest boycott in human history

According to Business Insider, ad blocking is now “approaching 200 million.”

Calling it a boycott is my wife’s idea. I say she’s right. Look at the definitions:

Merriam-Webster: “to engage in a concerted refusal to have dealings with (as a person, store, or organization) usually to express disapproval or to force acceptance of certain conditions.”

Wikipedia: “an act of voluntarily abstaining from using, buying, or dealing with a person, organization, or country as an expression of protest, usually for social or political reasons. Sometimes, it can be a form of consumer activism.” 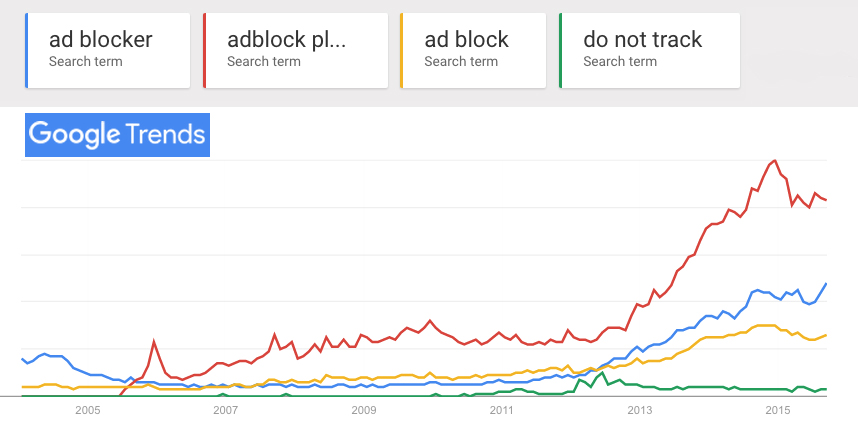